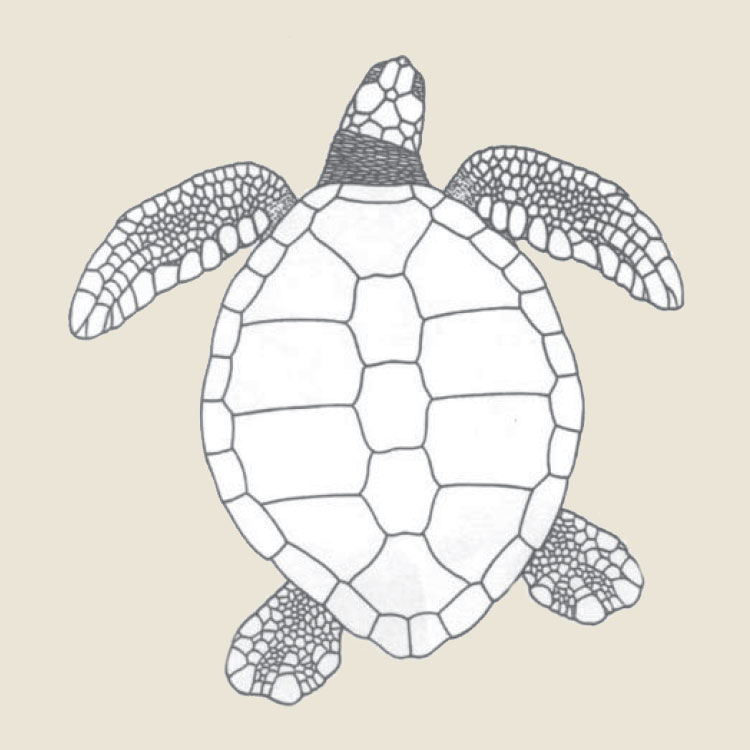 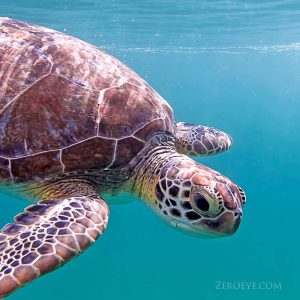 Chelonia mydas, the green turtle, derives its common name from the color of its green fat. It can be further distinguished from other species by its size and weight: about 3 and-a-half feet long and 300 pounds. It bears a pair of scales at the front of its head and its gray-green carapace has four costal scutes, none of which overlap. A close look at the fore-flippers will reveal one claw on each.

The green turtle makes its home in the waters of the Atlantic and Indo-Pacific Oceans, the Gulf of Mexico and the Mediterranean Sea. Its preferred habitat is the shallow, well-vegetated waters near coasts and islands. This is so because the green turtle, and its close relative the black turtle, are the only herbivorous sea turtles. As juveniles, they subsist on a diet of shellfish, jellyfish and other marine creatures. However, upon reaching adulthood, they dine on the variety of sea grasses and algae that their marine home offers. They prefer the choicest leaves: those that are young and higher in protein content. This habitat also affords these marine reptiles shelter. They can be found resting under rock ledges and coral overhangs.

Like the other sea turtle species, the green turtle nests during the summer months. From June through September, the females use their superior navigational abilities to make their way to high energy beaches in the Caribbean, although some nest in Florida.

This turtle, like so many of its marine relatives, is listed as endangered. Its numbers have decreased because of egg-poaching and, in particular, due to the harvesting of adults. The fat of the green turtle and its calipee, a gelatin-like cartilage, are used to make turtle soup, a much-sought-after delicacy in some countries.

Another burden the green turtle shoulders is the tumor-like growths called fibropapillomas. This affliction, believed to be viral in nature, strikes near body openings such as the eyes and mouth. The growths can kill by obstructing the vision of the turtle or by closing off its mouth, eventually causing starvation.

The population size of the green turtle is unknown and scientists are unsure if the population continues to dwindle or if its numbers have grown in recent years.

Photo of turtle on beach above by David Godfrey / Sea Turtle Conservancy / conserveturtles.org 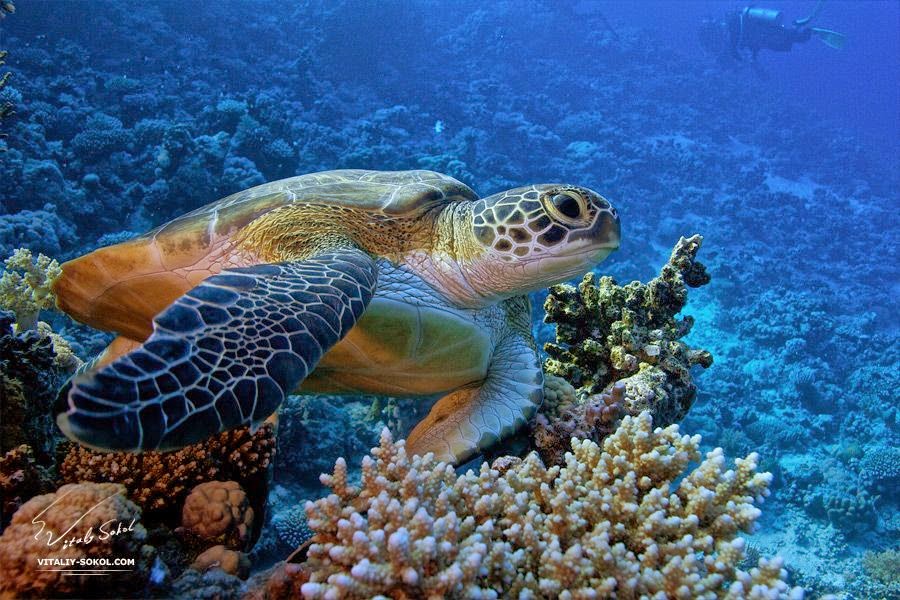 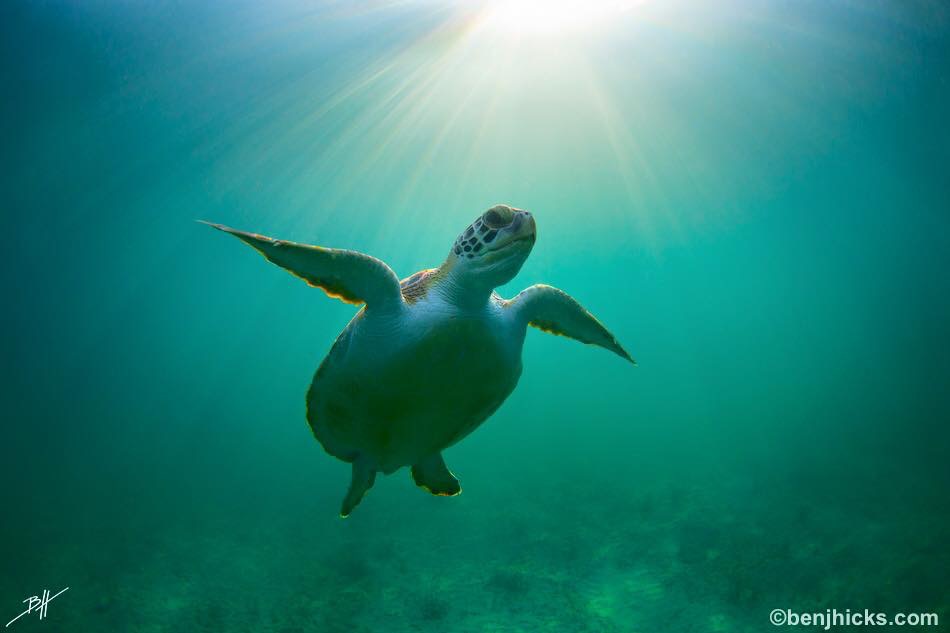 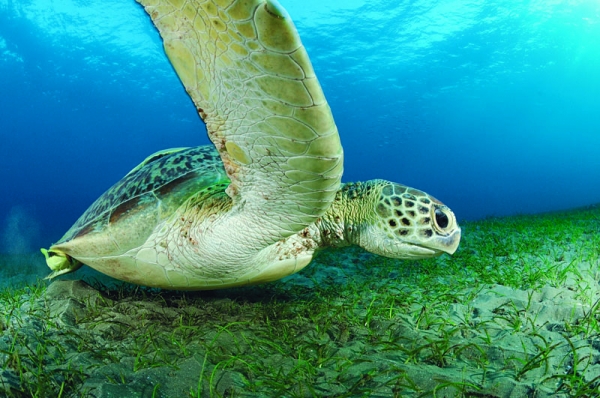 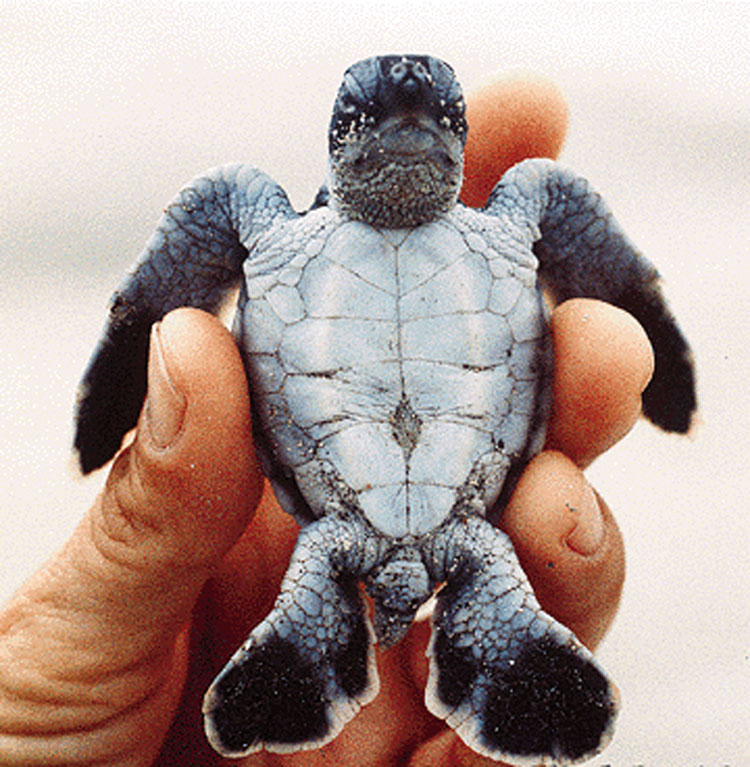 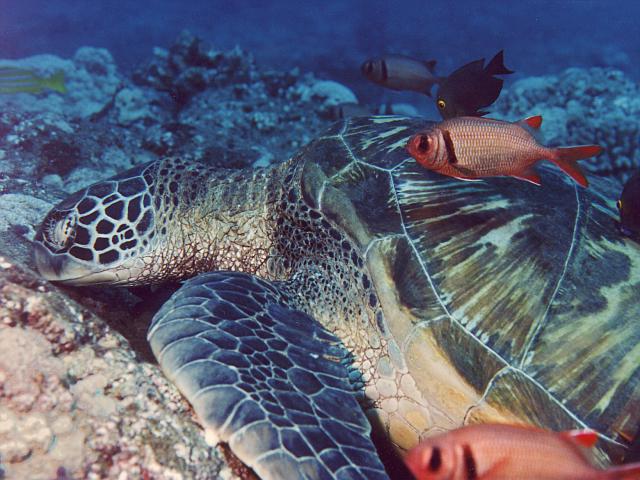 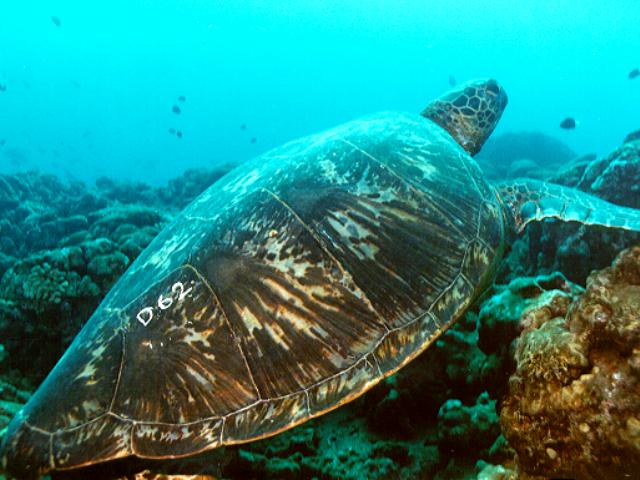 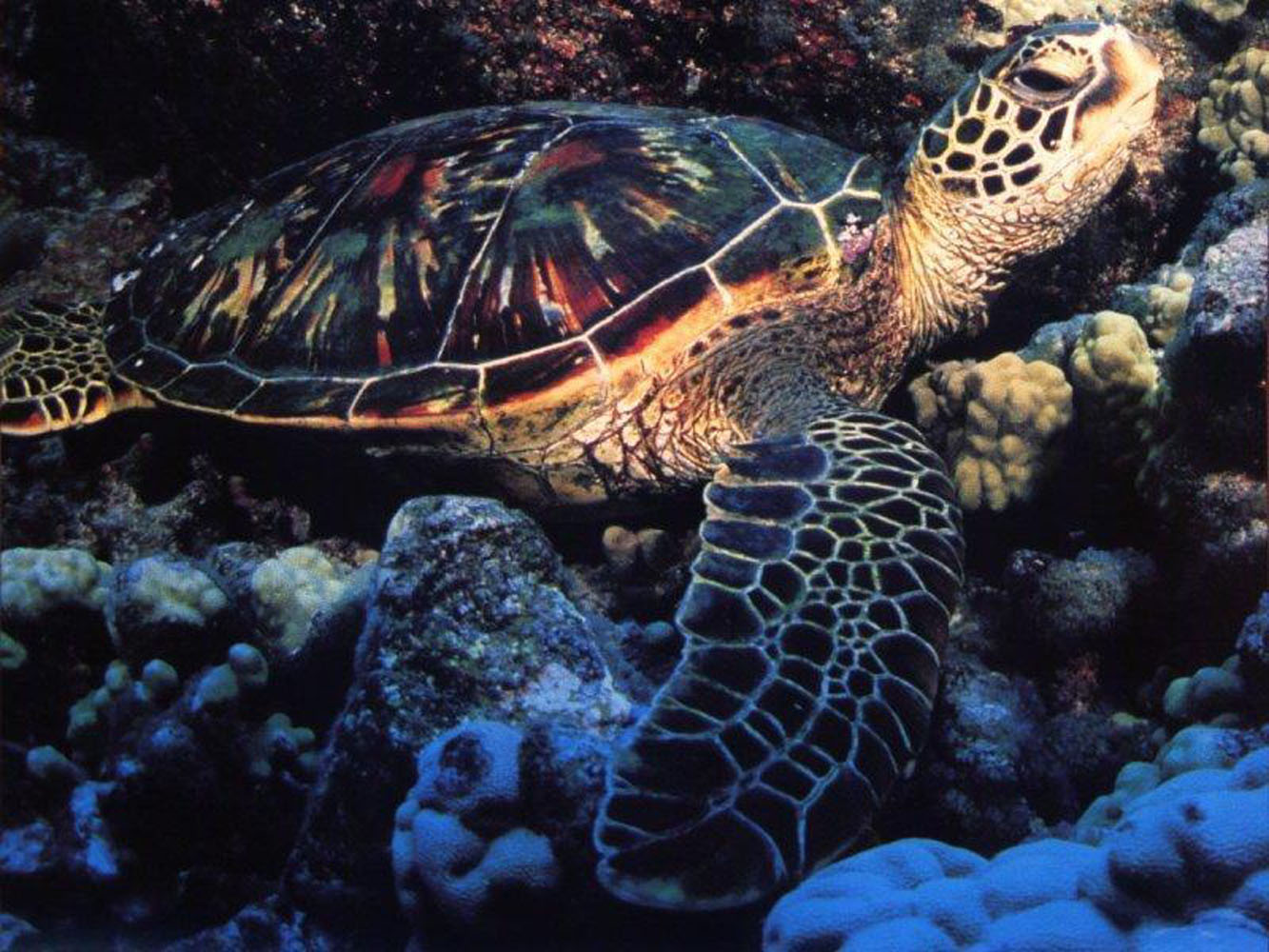 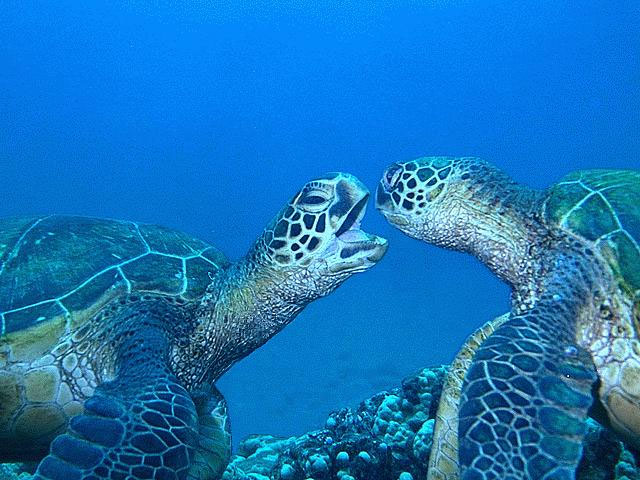 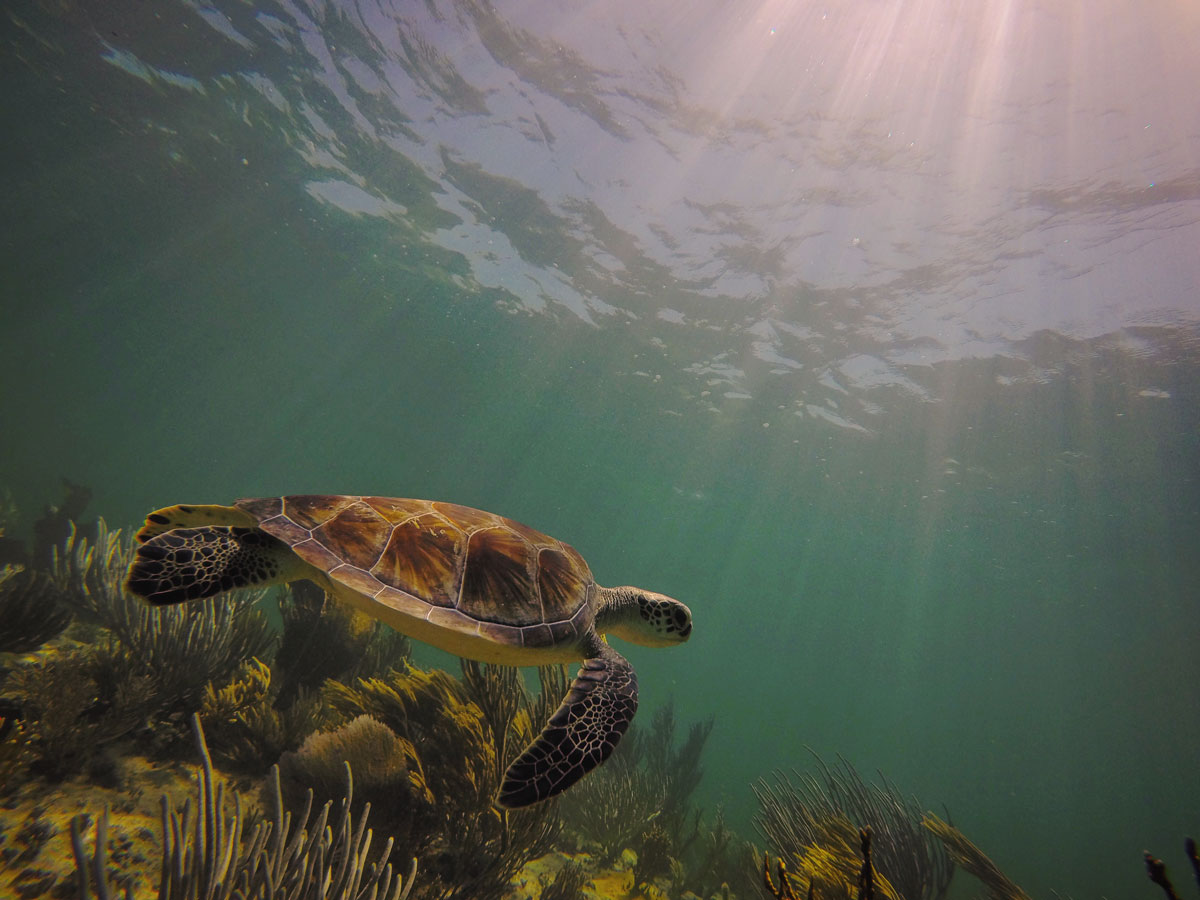 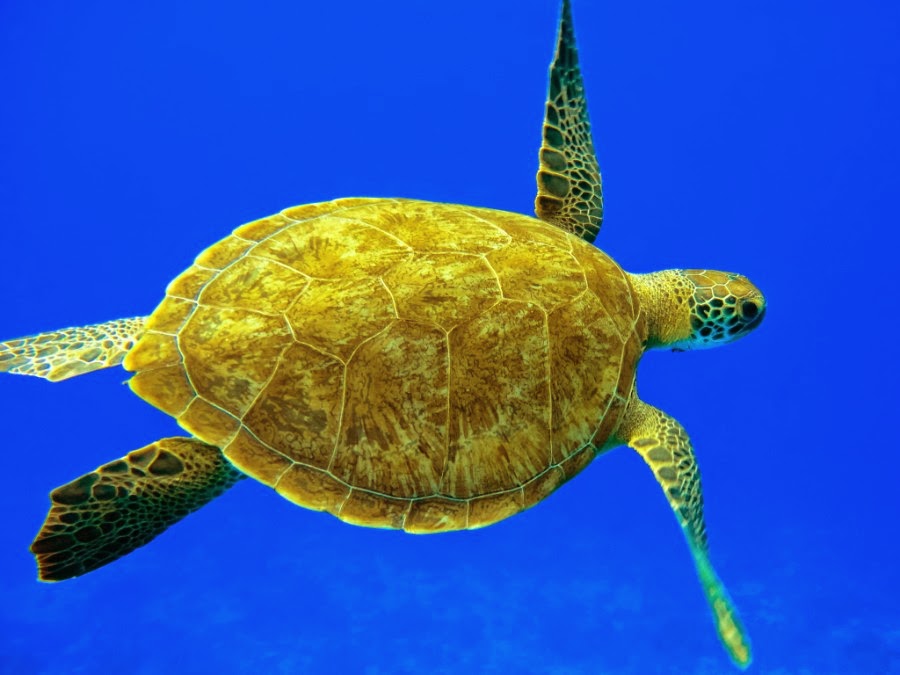 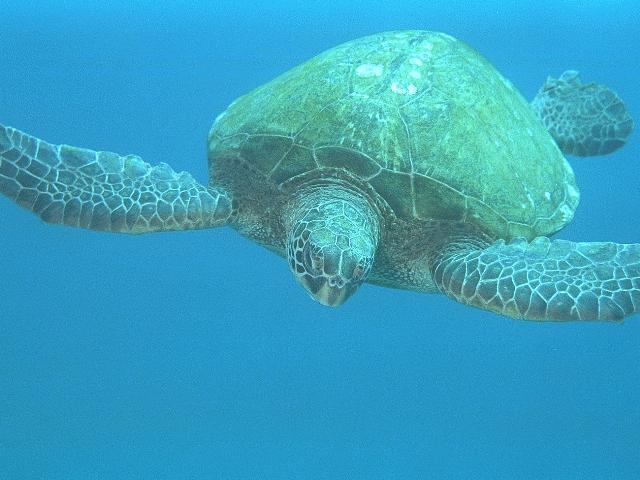 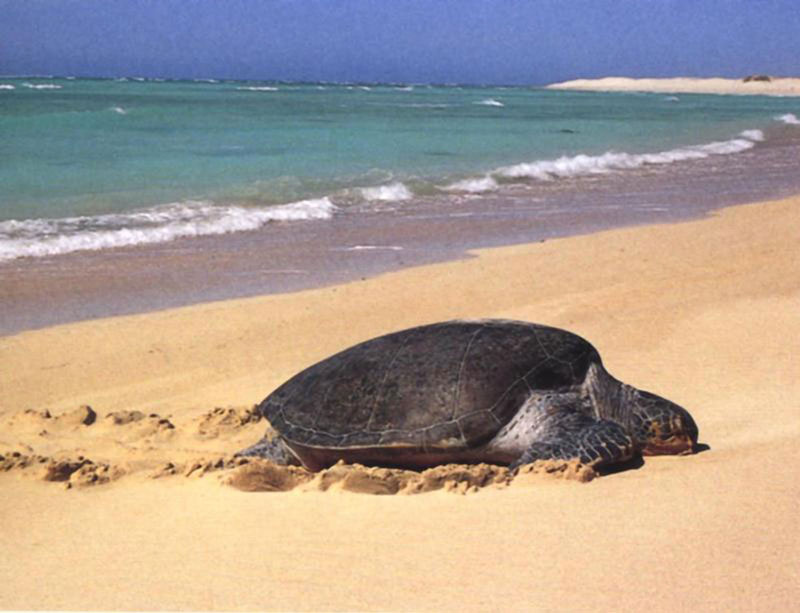 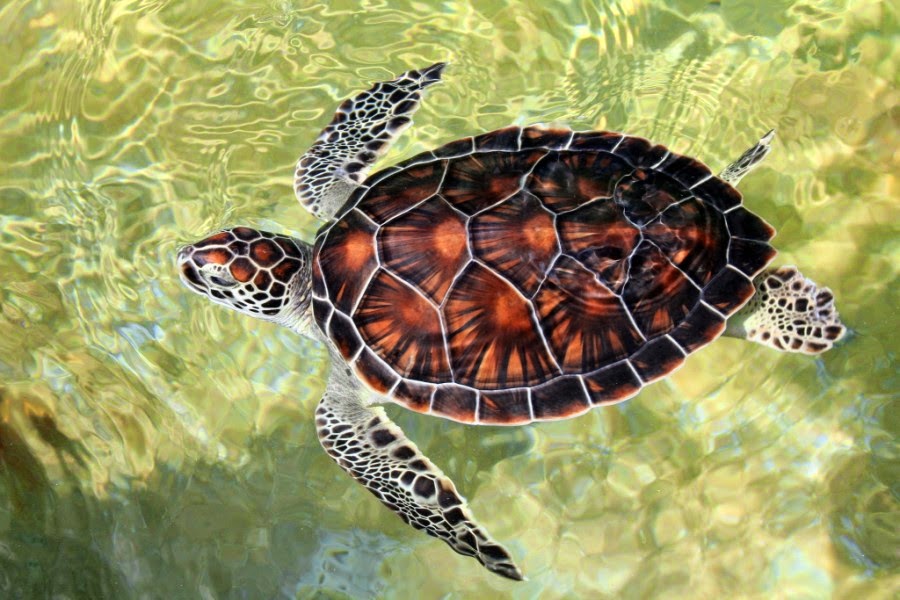 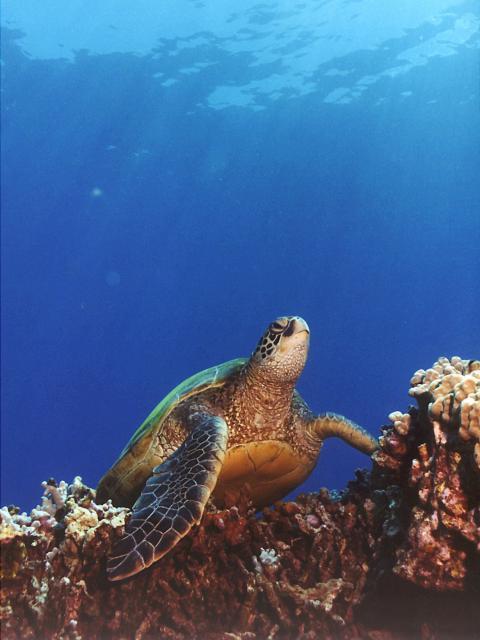 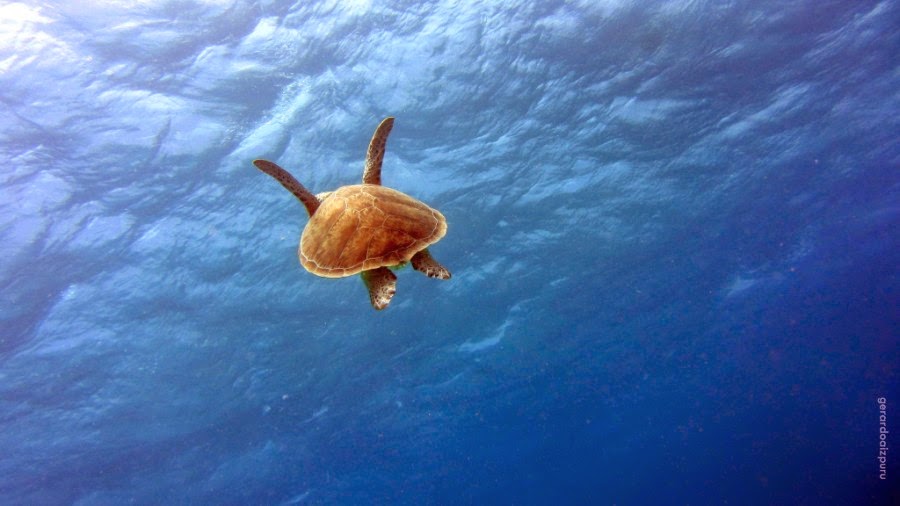