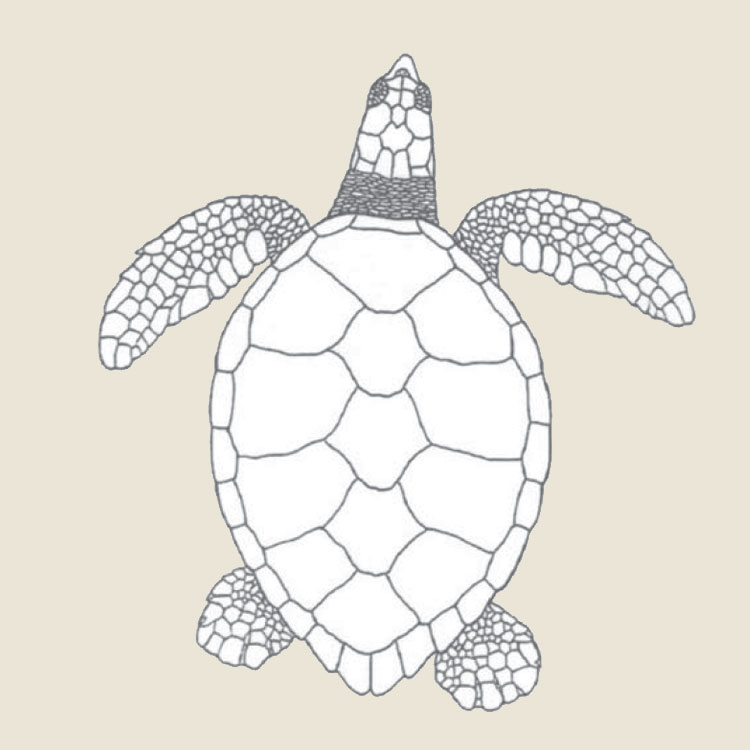 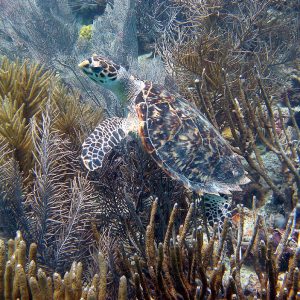 The Hawksbill is arguably the most beautiful of all the marine turtles however, relatively little is known about it. Belonging to the genus species Eretmochelys imbricata, the hawksbill is distinguished by the overlapping, sharp scutes on the edges of its shell. It has four pairs of these intercostal scutes and a particularly narrow jaw, from which it gets its name. The shell of the adult is a dark, greenish-brown color while the juveniles have the famed “tortoiseshell” pattern, an amber color with wavering streaks of yellow, red or brown. If you look closely at its front flippers, you will see two claws on each.

The hawksbill is one of the smaller species of turtle. The average adult is between 31 and 36 inches long and weighs 100 to 120 pounds. It’s habitat, however, is anything but small. It can be found in all the major oceans in both tropical and subtropical waters. They are often spotted by divers in the Florida keys, though more infrequently now than in past years. The hawksbill favors rocks and coral ledges in relatively shallow water. Here, it finds its favorite repast, sponges. This unusual dietary choice is a puzzle to biologists since the sponges the Hawksbill feeds on are primarily composed of glass-like, silicate needles. There seems to be no nutritional value in these sponges, and yet the Hawksbills thrive on them. They have also been seen consuming tunicates, mollusks and sea urchins.

Unlike some other species of turtle, the Hawksbill does not nest in large groups. Rather, the females come to shore singly and use a variety of beaches to deposit their clutches. As one of the more agile of the sea turtles, the Hawksbill can climb over land obstructions that would prove impassable to other species, giving it a larger choice in selecting a nesting site.

Unfortunately for the Hawksbill, its beauty has been its bane. The striking shells have long been sought after for the jewelry and other ornaments that can be produced from them and the meat of the turtle is considered a delicacy in some countries. Consequently, the Hawksbill has been grossly overhunted and has earned the unfortunate title of “endangered species.” 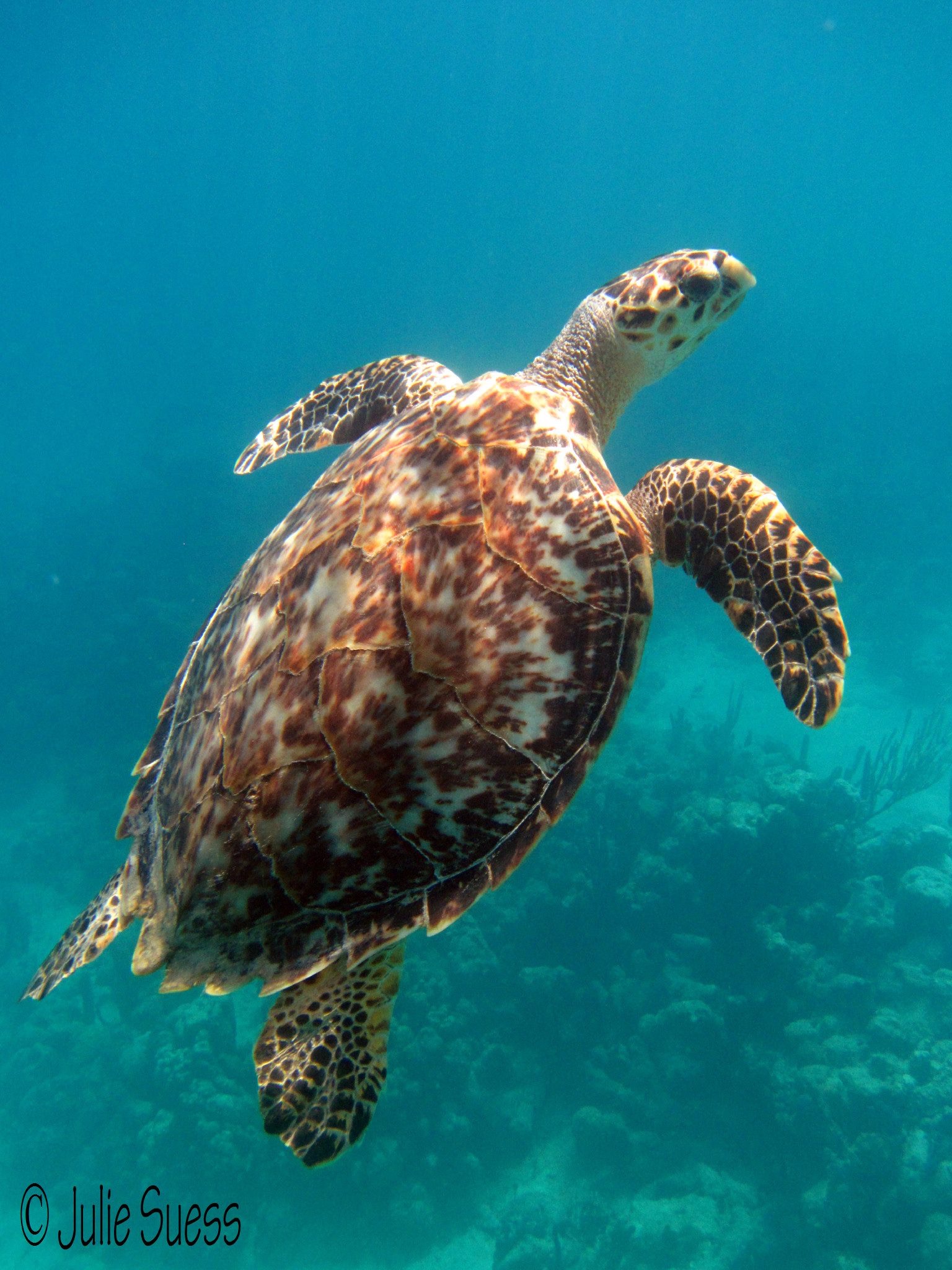 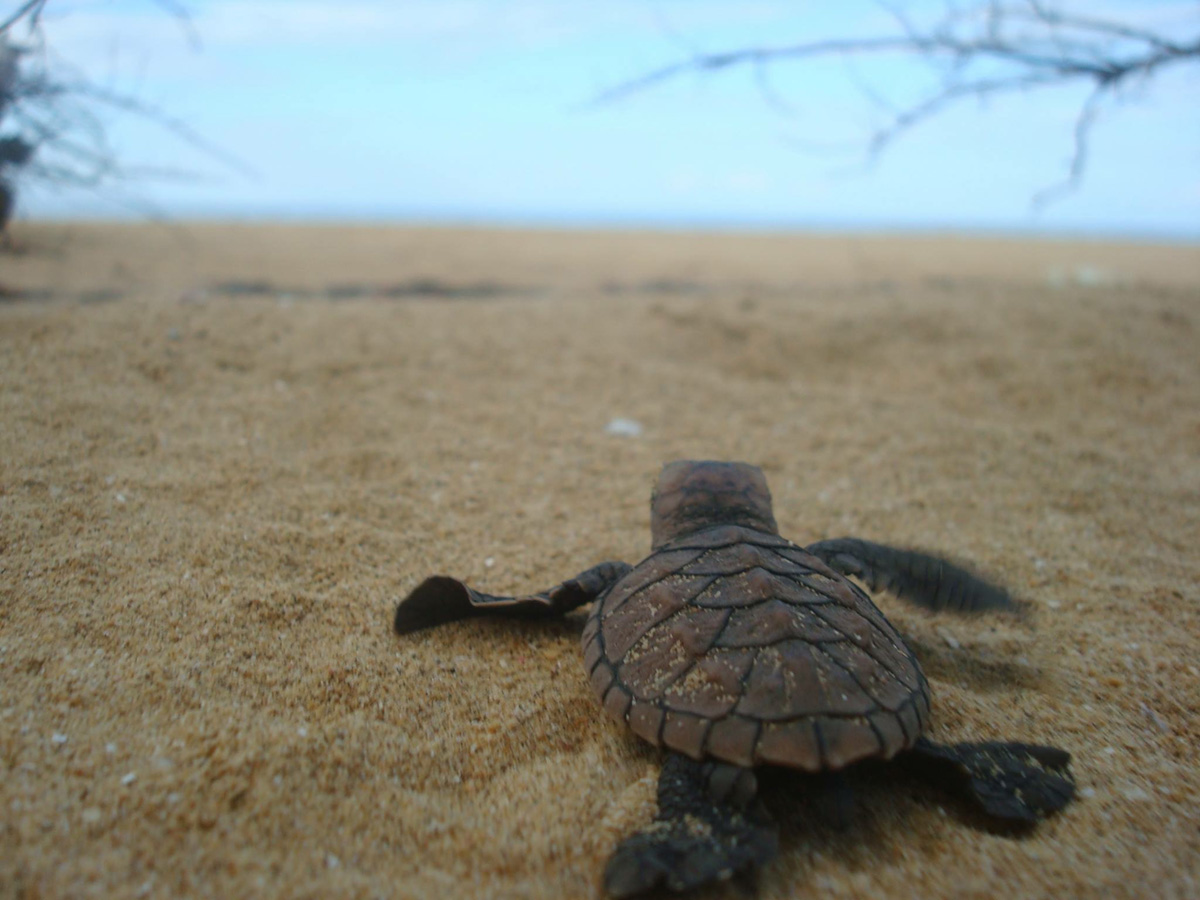 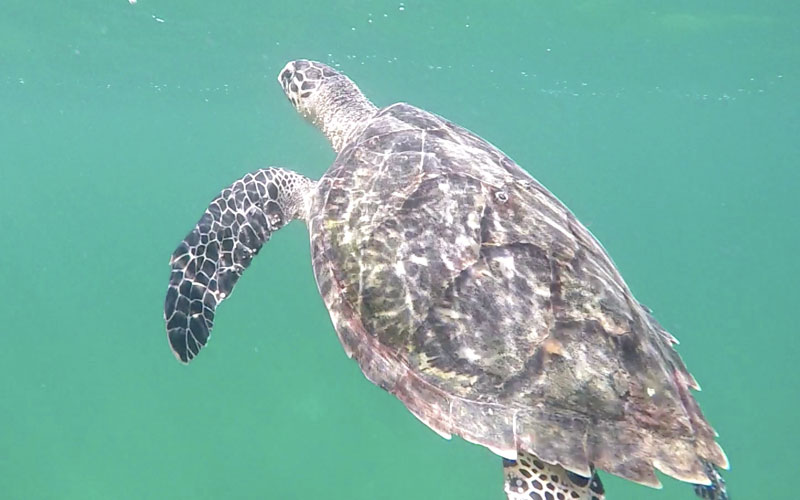 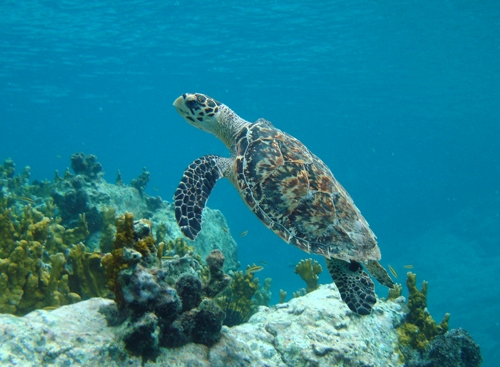 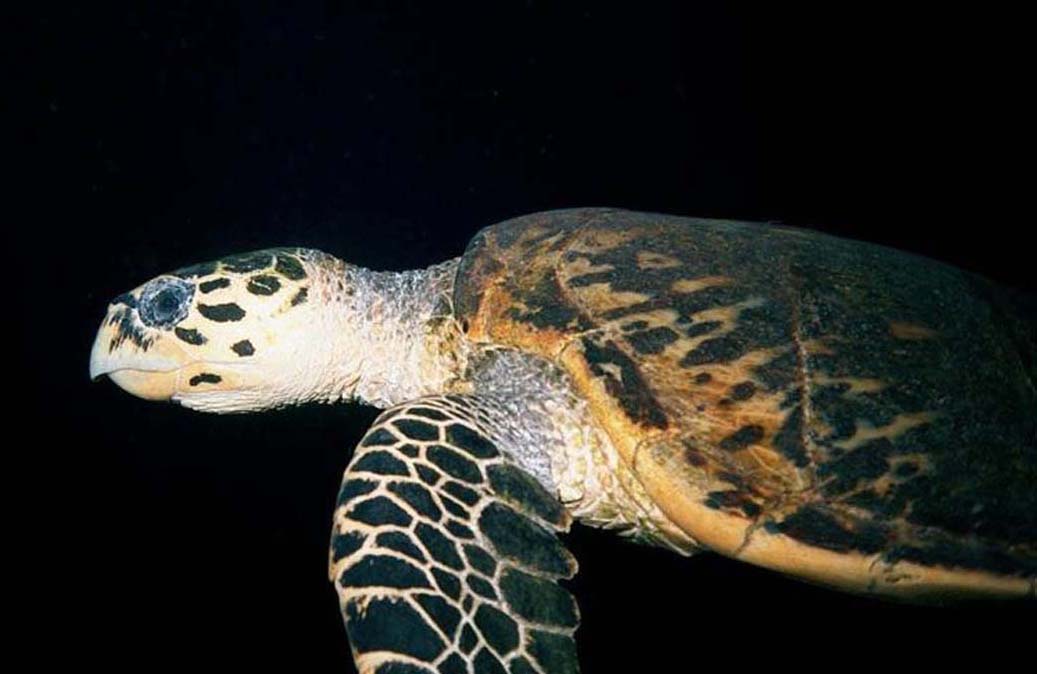 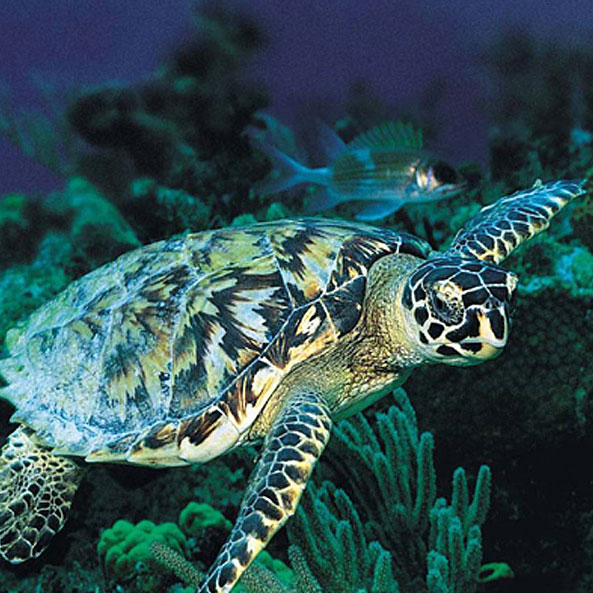