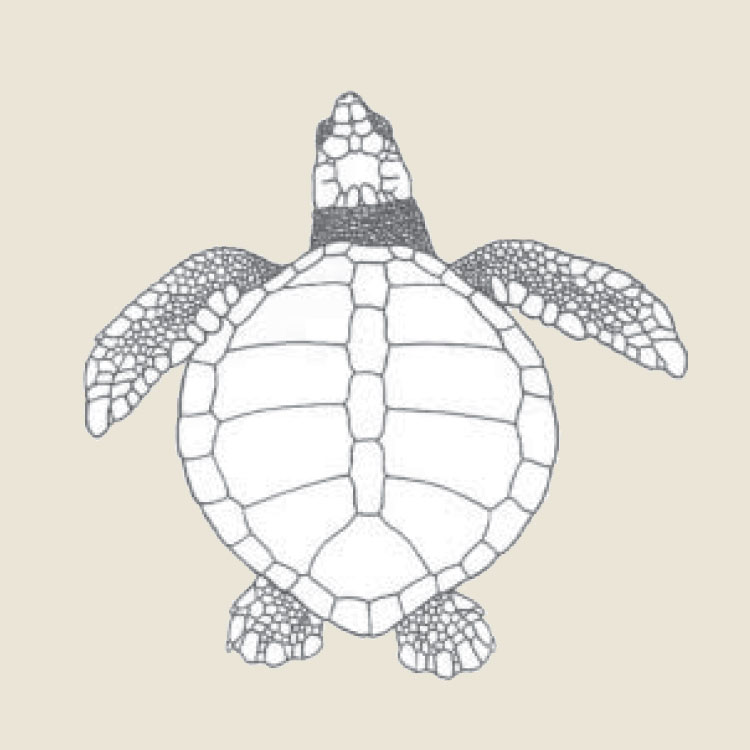 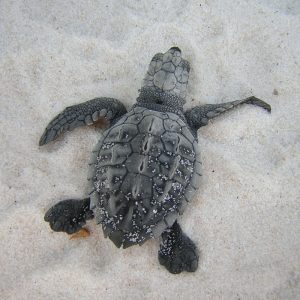 The Kemps Ridley or Lepidochelys kempi is the smallest of the ocean-going turtles. Its circular shell measures only 26 to 27 inches in length and the animal itself weighs in at between 80 and 100 pounds. The Kemps Ridley can be recognized by the color of its shell: grayish-brown on the juveniles and olive green on the adults. The shell is further distinguished by five pairs of costal plates and 3 or 4 inframarginal scutes. Each of these inframarginal scutes has one pore near the back edge.

The Kemps Ridley can be found in the open waters of the Gulf of Mexico and along the Gulf Coasts of Mexico, Texas, Louisiana and Florida. Younger turtles are distributed in U.S. coastal waters from Texas to Maine. During the colder winter months, those turtles in the north head for the warmer waters of Florida and the Gulf of Mexico.

During its watery travels, the Kemps Ridley dines on its favorite food: blue crabs. When this delicacy is unavailable it makes do with mollusks, shrimp and even jellyfish.

The Kemps Ridley bears the unfortunate distinction of being the most endangered of all the sea turtles. A film shot in 1947 by Andres Herrera showed approximately 40,000 nesting females. These mass nestings called arribadas, Spanish for “arrivals,” occur during daylight hours between April and June of every year. The female Ridleys, heavy with their burden of eggs, wait in the coastal waters just off this stretch of beach in the western Gulf of Mexico until strong onshore winds and a high surf make possible their journey to shore. Because of intense poaching of nests and the taking of gravid females as well as continuing loss of life due to drowning in shrimp trawls, pollution and the alteration of the turtles’ habitat, the numbers of this delicate species have been severely reduced. It is estimated that the number of nesting females in current arribadas is between 400 and 500, just 1 percent of the total 50 years ago. The estimated total population of Kemps Ridleys is between 1300 and 1500 individuals. These low numbers have changed the nature of the arribadas. The turtles now approach in several, small groups rather than en masse. The reduced size of the nesting groups makes the clutches more susceptible to scavenging, further reducing the number of surviving individuals.

The precarious state of the Kemps Ridley has led to massive conservation efforts. Thanks to the steadfast leadership of Archie Carr and other biologists and conservationists, this species is being given another chance. However, like so many endangered species, their future is far from secure. 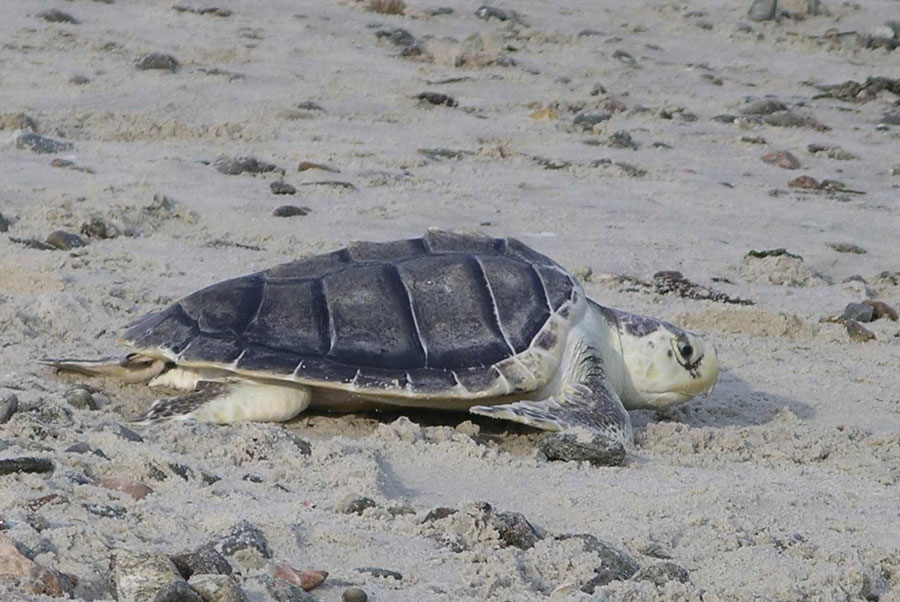 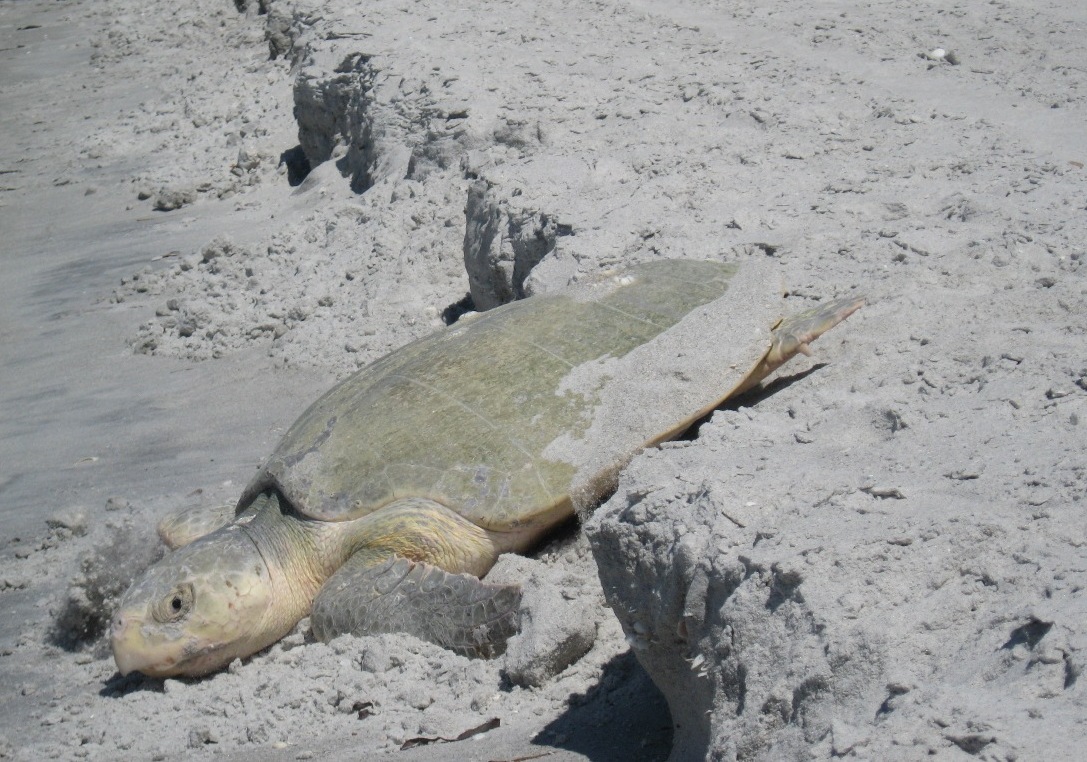 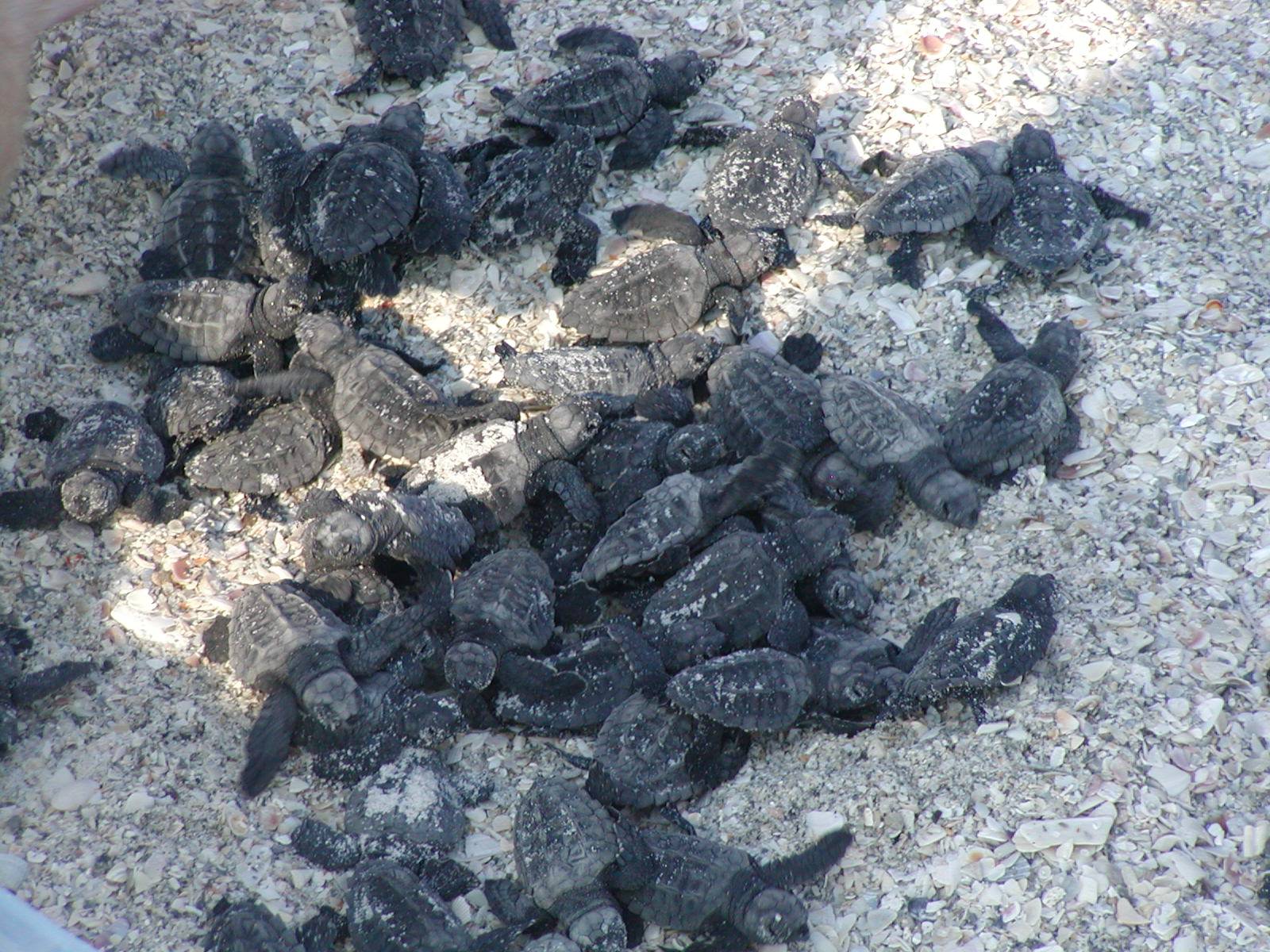 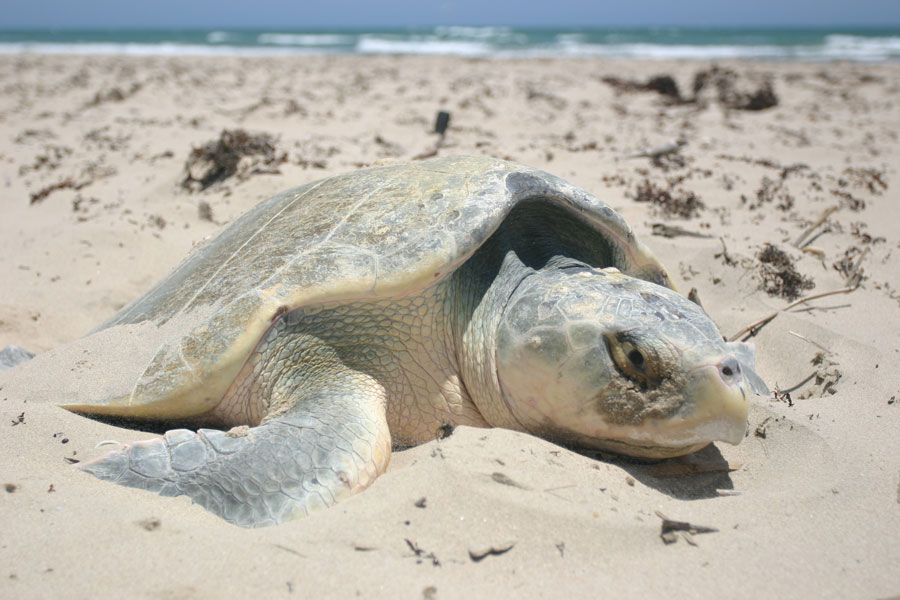 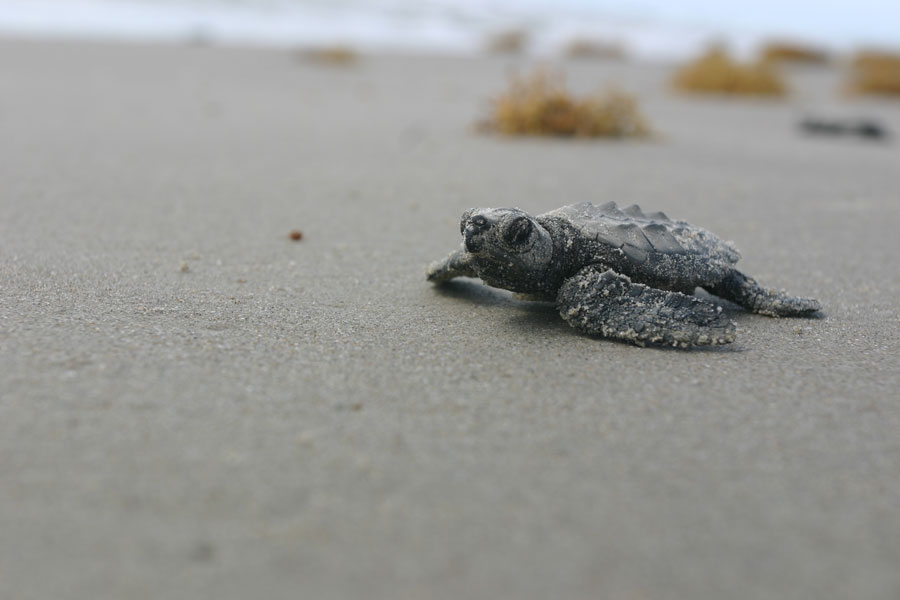 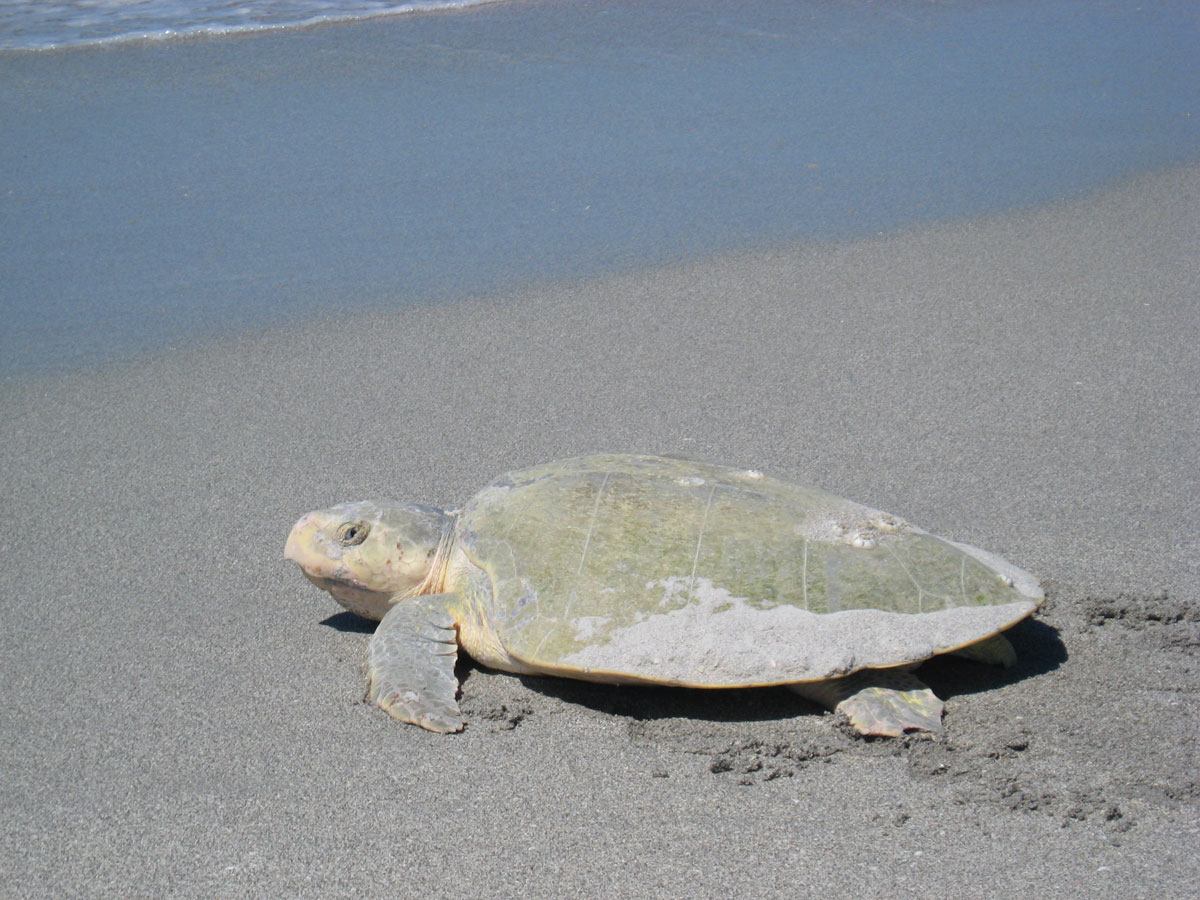