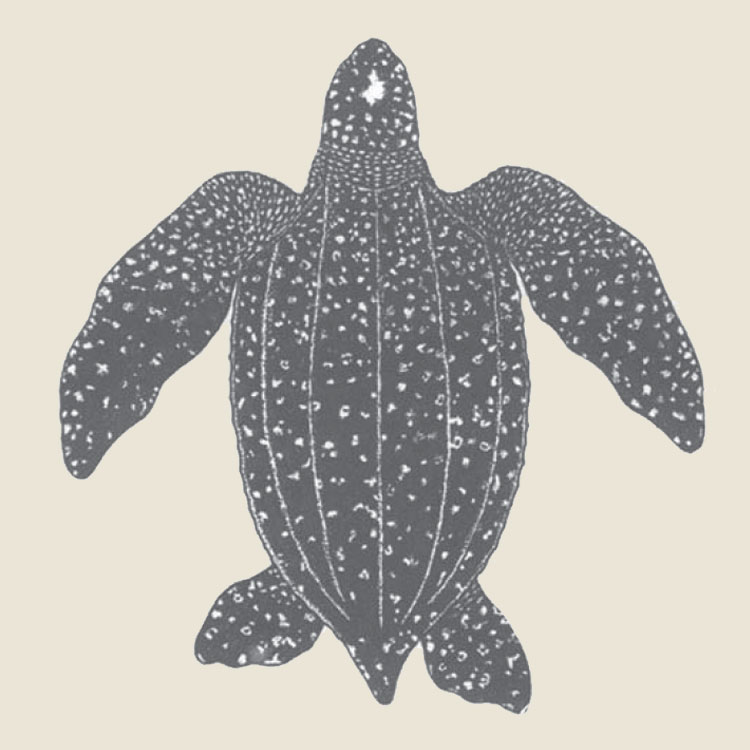 Shaped for speed and built for strength, the Leatherback turtle, Dermochelys coriacea, is a swift behemoth. It is a species of superlatives. Attaining an average length of eight-and-a-half feet and a weight in excess of 2000 pounds, the Leatherback is by far the largest of the ocean-going turtles and indeed is the largest of all living reptiles. It is the deepest diver, reaching depths of 3000 feet. Only the elephant seal and sperm whale can boast an equal claim. In order to withstand the intense pressure at these depths, it is likely that the Leatherback’s chest collapses, a feat made possible by its lack of a rigid breastbone. Additionally, this gentle giant swims the furthest North and South, traveling as much as 3000 miles from its nesting sites and withstanding low temperatures that would stun and kill other reptilian species. It can do so since it has the ability to regulate its body temperature, a skill unique to this marine reptile. Perhaps not surprisingly, the Leatherback is the most widely distributed of the sea turtles, occurring in both pelagic and coastal ocean waters around the globe.

Besides its daunting size, the Leatherback is easily identified from its carapace. Unlike its close relatives, the Leatherback lacks a rigid, outer shell and instead has a smooth, leather-like skin in which are embedded thousands of tiny bones in an intricate mosaic. This leathery suit has seven raised ridges, adding to the streamlined design of the Leatherback’s body. This characteristic, combined with powerful, clawless limbs, makes it a formidable and swift swimmer. The mostly white plastron, which has five ridges similar to the seven on the carapace, breaks an otherwise even color pattern. The remainder of the Leatherback is a dark black-brown with a scattering of white and yellow markings.

Ironically, the largest of all reptiles feeds on jellyfish, animals that are composed primarily of water. Understandably, the Leatherback eat a lot of jellyfish. Juveniles may eat twice their weight in the watery creatures every day. These turtles have also been observed to eat squid and other marine fauna, as well, but these are secondary to its favorite diet. In order to assist the consumption of jellyfish, the Leatherback has a specialized mouth, full of backward pointing spines that prevent their meals from flowing back into the sea.

From March through August, the females gather along steeply sloping beaches leading into deep water. Common sites are along the coasts of Indonesia, new Guinea, Central America, the Guianas and the southern Pacific Coast of Mexico. Very rare is the Leatherback that nests along Florida’s shores. These conditions minimize the turtles’ actual time on land, a necessity considering the massive bulk of the streamlined creatures. Both singly and in large groups, the 70,000 to 115,000 remaining mother turtles drag their ponderous bulks to shore. 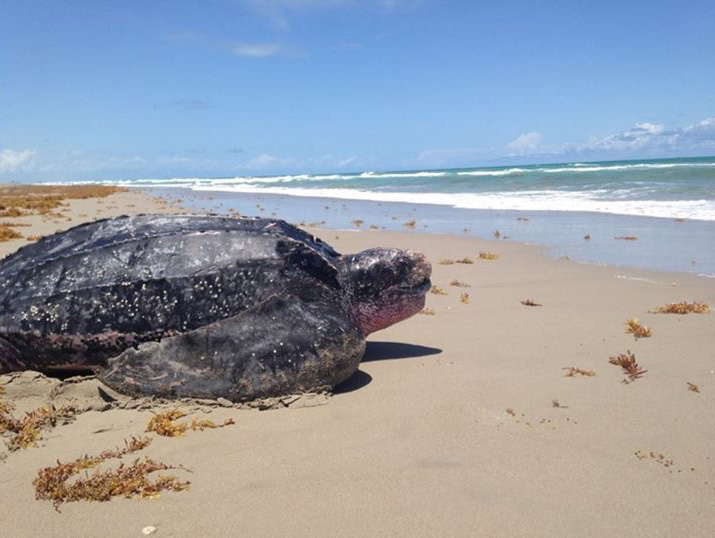 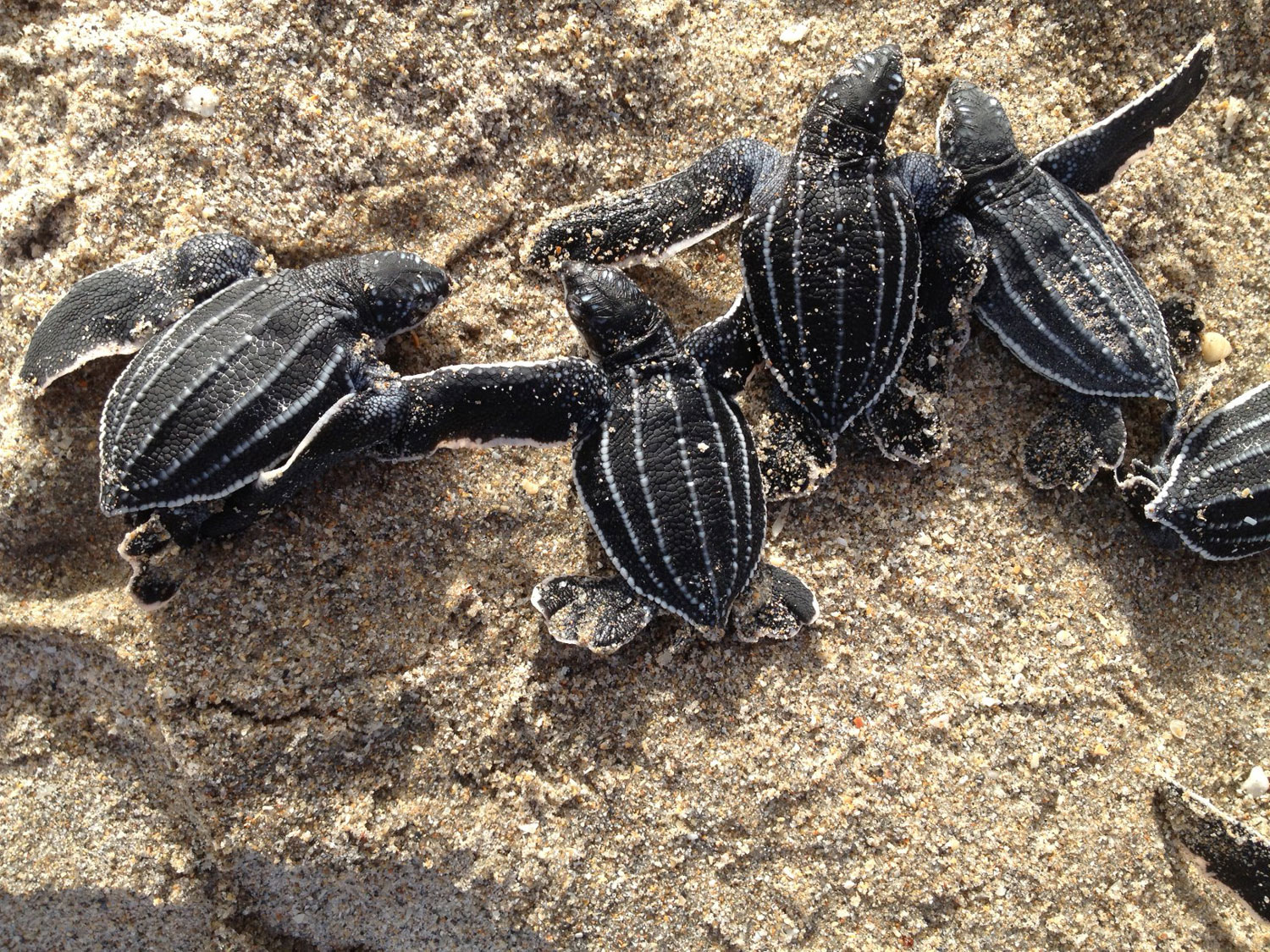 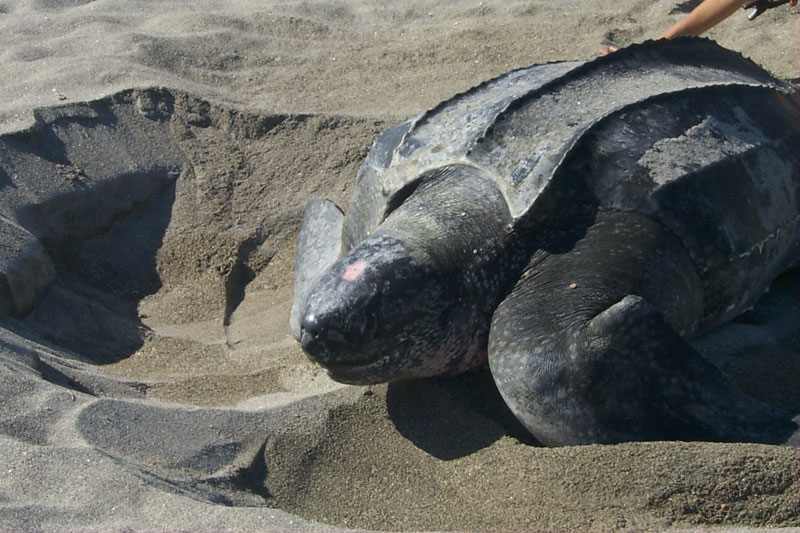 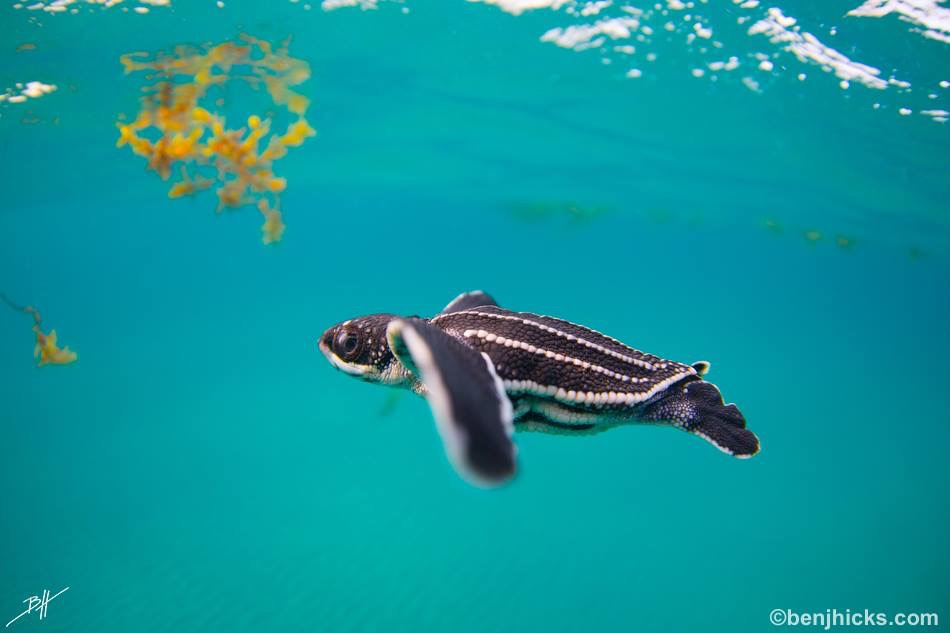 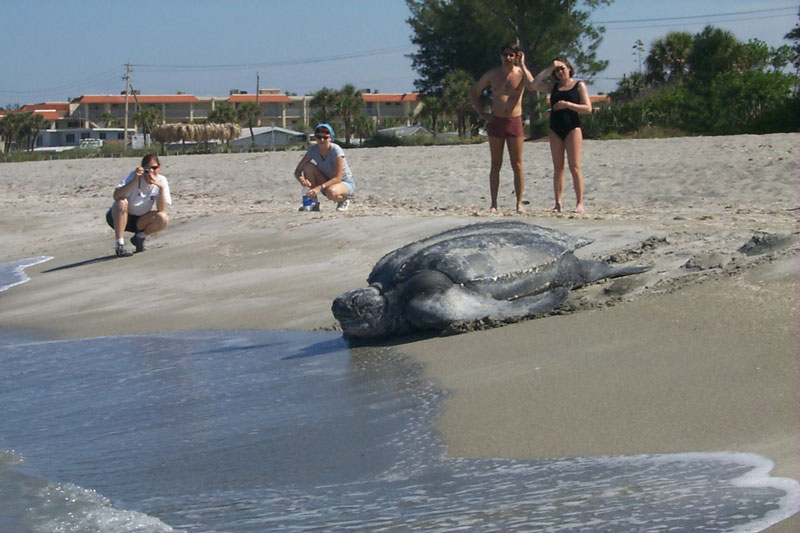 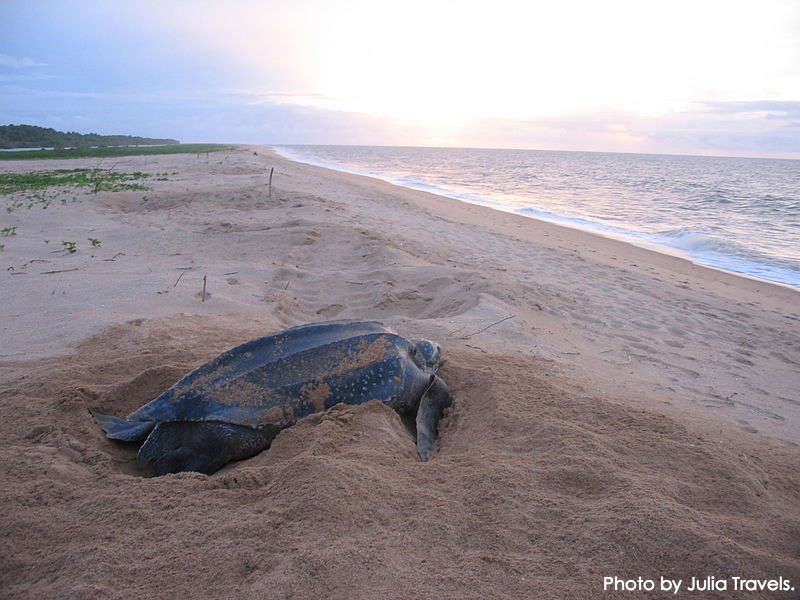 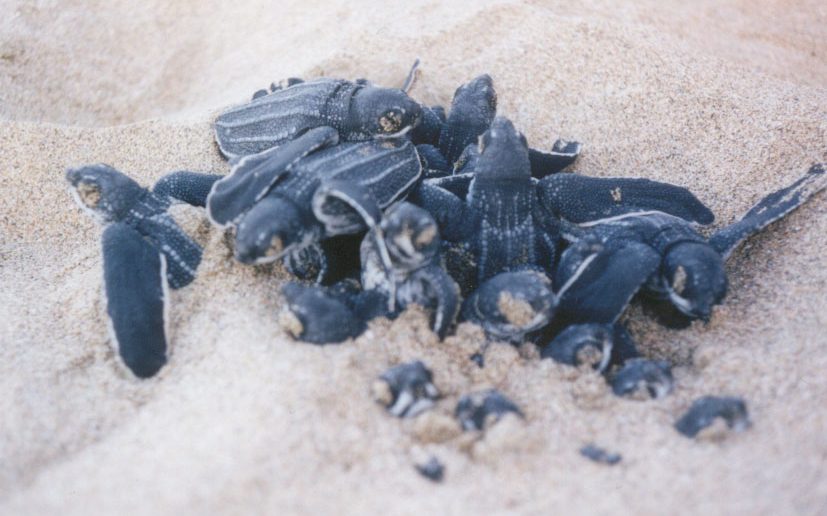 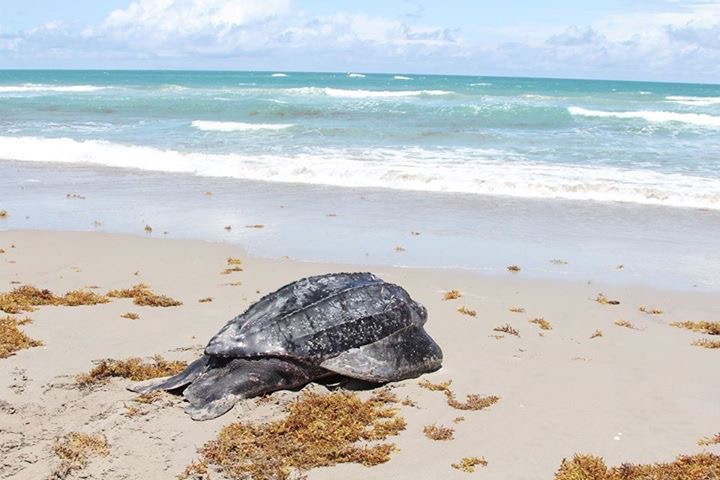 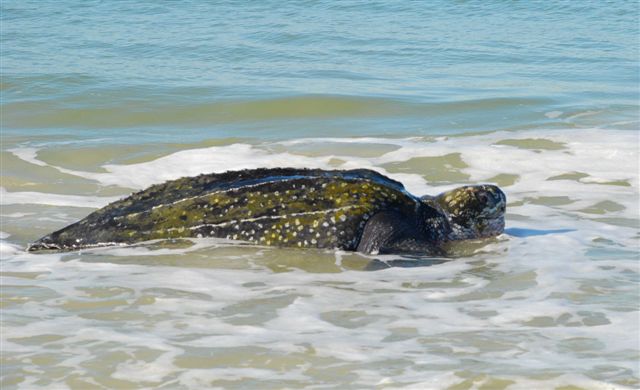 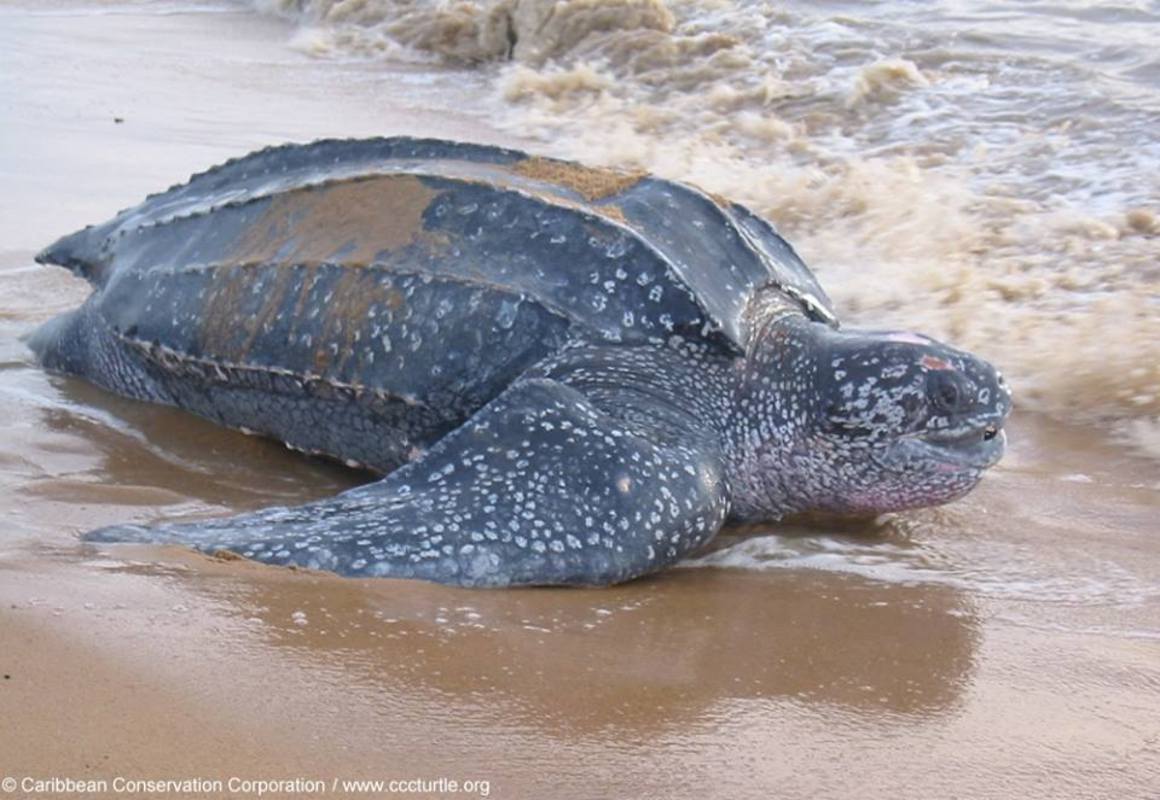 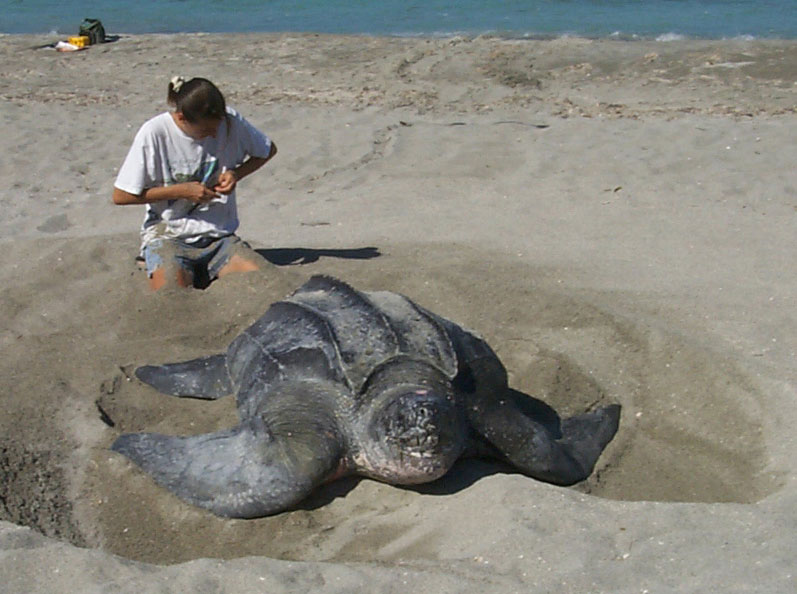 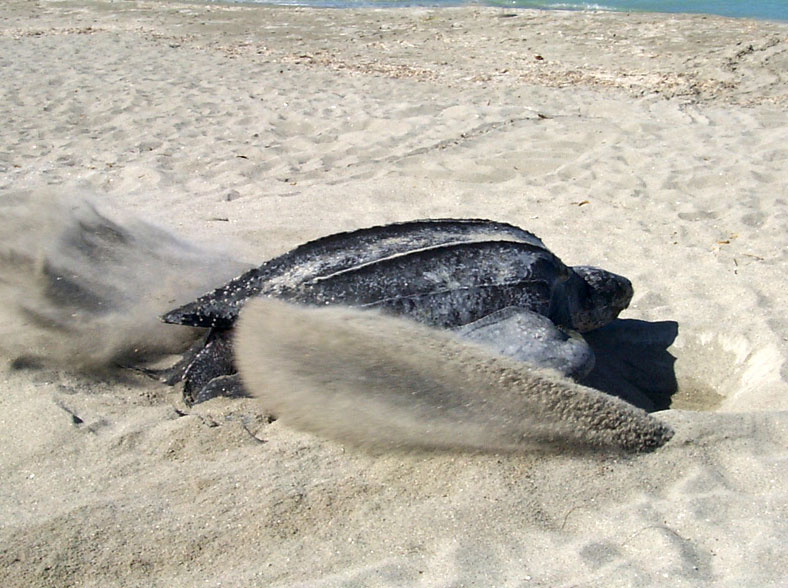